Biogreen is a company that was born with the objective of strengthening ties between people and sowing in a sustainable and natural way. The market need for tree fern fiber led Biogreen to think about developing another way to bring this product to the market, thus launching tree fern fiber, or simply tree fern fiber. With this we were able to think of new ideas and deliver a 100% natural line to the market, after all, we are part of this great context that is the environment, and it is our duty to preserve it for future generations. 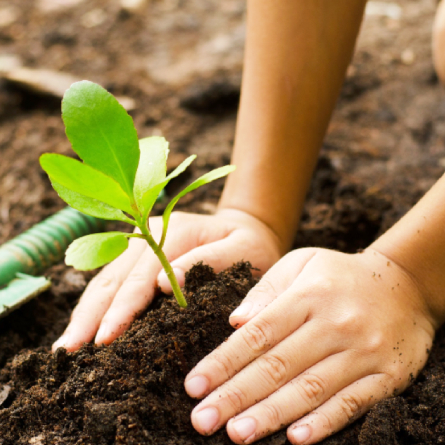 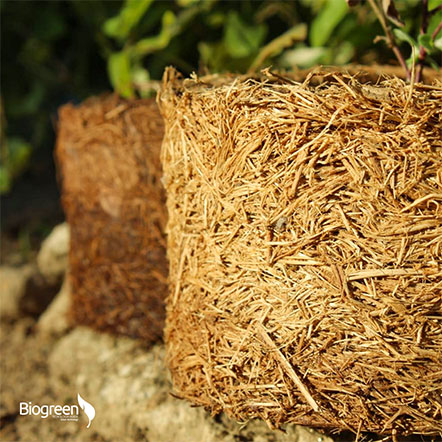 At Biogreen we make products designed for consumers who want their plants to grow healthier and more nourished, but made with natural raw materials that do not harm the environment.
Biogreen Home products stand out for being sustainable and are proof that it is possible to preserve the environment through the use of ecologically correct solutions. 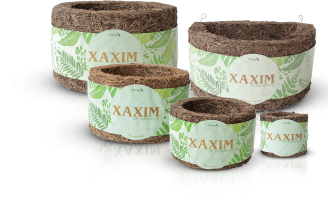 The ecologically correct substitute for the original tree fern fiber. This product allows plant roots to incorporate into their walls after their development. It is a tannin-free product that has a high water and nutrient absorption rate.

Substrate for all plants

This substrate was designed to be used in all plants. It has high water and nutrient absorption capacity and increases soil aeration, in addition to being a 100% natural, biodegradable and non-toxic product. It is free of tannins and is produced from recycled raw materials and renewable sources. 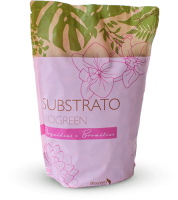 Substrate for Bromeliads and Orchids

A product designed to be 100% natural, aimed at planting orchids and bromeliads, this substrate is an ecological alternative for your plants, as it contributes to greater growth and nutrition of these species, in addition to taking care of your garden and the planet and being tannin free. 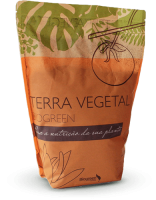 Product designed to help planting in a 100% natural way. Vegetal Earth is free of tannins and other toxic materials, rich in nutrients, which allows for better plant development.

Do you want to resell Biogreen products?

In 2017, Biogreen became a brand focused on the production of items related to home gardening, making Biosolvit remain focused on the Research and Development area.
In December 2017 the company is selected from a group of 14 startups for a mission to France, with the objective of making connections with the French market, presenting its solutions to investors and potential customers.

The awards and recognition continue, with the company winning the Grands Prix de l’Innovation de Paris in the Moonshot 2040 Category, being considered one of the 12 best startups in the world at the Startup World Cup Finals in San Francisco and winning the FIESP Environmental Merit Award . These awards brought visibility and, above all, credibility to the company, which became an interesting option for some of the main investment funds in the country.
In July 2019, the company’s first factory is inaugurated and sales on a larger scale begin to take place.
In November, in order to support the company’s growth, an investment agreement is signed with MCLC4, the Family Office of the Cosentino family, owned by Laércio Cosentino, founder of TOTVS.

The company has been growing at the same pace as in 2020. In the first half, the growth was 351% and the company has been structuring itself strongly in the domestic market.
It is also the year of the first sales in the international market, as shipments of Biogreen line products arrive in the USA and Spain.

Biosolvit was founded with the objective of carrying out research and development of new materials using vegetable fibers discarded in the production process of canned hearts of palm.
The company’s first product is launched, Xaxim de Palmeira, delivered to some friends and first customers.
The company wins its first customer.

The company launches its second product, the Substrate For All Types of Plants.
The company intensifies its research and begins planning to create a product line focused on home gardening.

With the success of the mission to France, the partners at that time, Guilhermo and Wagner, decided it was time to bring a new partner to the company. It would have to be someone with industry experience, investment capacity and access to raw materials. So, in March, the agreement was signed that brought another co-founder to the company.
With the arrival of Fantini, construction of the company’s first factory begins, in the city of Porto Belo, in Santa Catarina, in a very favored location in terms of access to raw material, as the largest production of cultivated heart of palm in the country is within a radius of 100km from the factory.
The company begins its trajectory of participation in numerous startup events, standing out since the first event and becoming one of the most awarded startups in the country, if not the most awarded. Among the awards won in 2018, the Atlantic Awards, Bio Latin Conference and Startup World Cup Stage Brazil stand out. In addition to the awards, there was recognition, as the company was featured in the “100 Startups to Watch” Edition of Pequenas Empresas Grandes Negócios, in addition to being mentioned in numerous publications, mainly related to its presence at the World Water Forum held in Brasília.
During 2018, the company participates in CONECTA, an acceleration program conducted by Fundação Dom Cabral and sponsored by CNT, Banco BMG UpTech and Bossanova Investimentos. In this opportunity, the company stands out and gains, in addition to a pre-seed investment, an acceleration in Plug and Play Tech Center, in Silicon Valley, California.

2020 was the year of structuring the company, the company’s “hard skills”, with the inauguration of the second factory in the city of Barra Mansa/RJ, leaving Biogreen’s production in SC.
It was also the year in which the company’s executive team was formed and the year in which the company passed, for the first time, the R$1M mark in revenue in a quarter. In 2020, the company grew 353%, even in a challenging year and with a shrinking market.
Finally, it was the year of international awards. The company won the South Summit of Sustainability in Madrid and also the Unicorn Battle, becoming the continent’s #1 startup in the biggest online startup competition.

Everything for your garden at home.